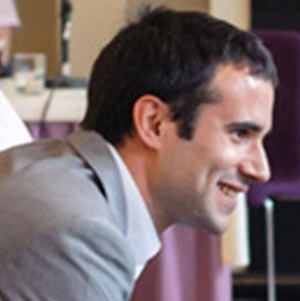 Bartolomeo Meletti works as Creative Director for CREATe. He is also the Copyright Services Delivery Manager at Learning on Screen, a charity and membership organisation specialised in the use of moving image and sound in education. Bartolomeo is also the Director of Worth Knowing Productions, a digital creative team specialised in making complex knowledge accessible through research-based visual tools. Previously, Bartolomeo worked at the British Film Institute and the Digital Catapult on secondment from CREATe, and held research and media production positions at CIPPM, the Centre for Intellectual Property Policy & Management (Bournemouth University), where he is currently a Visiting Fellow; and at CEMP, the Centre for Excellence in Media Practice (Bournemouth University). Since 2012, Bartolomeo is the Lead Producer of CopyrightUser.org, an independent online resource intended to make UK copyright law accessible to everyone. In this capacity and alongside Professor Ronan Deazley, in 2015 Bartolomeo received the Arts and Humanities Research Councils (AHRC) Innovation Award for Research in Film. This was for their work ‘The Adventure of the Girl with the Light Blue Hair’, the first episode in ‘The Game is On!’ webseries.